I feel like I’m losing my sense of time.

Birthdays and new years. The best occasion for reflections and resolutions, as they so clearly mark the passing of our days. I’m not a big fan of either, perhaps for exactly that reason. Some people, in their younger days, could not wait to grow up. I don’t remember ever feeling that way. I always lamented how fast the seconds slipped through my hands, afraid that I haven’t lived the life in my years. I have an inexplicable longing for the past. As I look to the future with sober and clear eyes, I look to the past through an Instagram filter, complete with vignette and tilt shift. And now that I have accumulated a number of days to my name, I can no longer match up the memories with the dates. Instead they are associated with people, places, and sometimes songs.

I recently became another year older. As these milestones usually remind one of the implacable passage of time, I’m forced to contemplate, once again, the meaning of it all.

Nope. I guess after thirty-three years on earth, I still haven’t figured it out. Everything I know is what someone else had discovered long ago, and even the small part of myself that I’ve figured out seems to fit into categories and theories psychologists and behaviorists have documented for decades.

I guess it’s some consolation that no one else has either.

I’ve recently binge watched the 2014 reprise of Cosmos (it’s on Netflix, I highly recommend it). If you ask me for details I remember very little of it, except the feeling of awe. On the grand scale of things, the human race is but a blip on the radar, and the life of a single human being is so insignificant you wonder why it matters at all?

Well, I guess it matters because that’s all we have. The universe may have existed for 13.8 billion years before I arrived, I can only experience the universe through my own life, short as it may be. And even though the world I live in is but a mote of dust suspended in sunbeam, everyone I know and everyone I love are on this pale blue dot. And because my life is so very short, while nothing I do will matter to the universe, everything I do is of great importance to me.

I have come to the age when I know enough to know that I will never know enough. That understanding keeps me in a constant state of curiosity and acceptance. Accepting that I will always be ignorant, yet never giving up the chance to understand just a bit more. I’ve found a certain degree of cynicism and a great deal of idealism, oscillating between lamenting a world that seems to be spiraling into chaos yet finding hope in sparks of goodness that brighten the darkest corners.

Ah, hope. I have been told by many that happiness is the distance between expectation and reality, but I do think that people forget about hope. As a realist I expect very little, always preparing for life to throw another wrench. Most people do. So it’s not because reality did not meet my expectations, it’s just that, well, I had hoped it would exceed it. I’m lucky that in many aspects it has. But we are such insatiable creatures, as soon as we receive one thing, we begin to covet another, and only when we lose what we already have do we recall how precious it had been, before it was ours.

On my 29th birthday, my sister wrote me a letter that brought me to tears. I’ve never thought of myself as a good sister, since our thirteen year difference in age made me more of a parent. I have not achieved much so far in life, and I don’t know if I will. But I have a sister who thinks the world of me, and sometimes I feel undeserving of her admiration. I don’t necessarily think there are many people’s expectations I care to live up to, but I would like to be someone she can be proud of. She doesn’t have to follow my footsteps, but I hope I can inspire her to travel far to see the world. She doesn’t have to share my values or beliefs, but I hope she will find her own. She doesn’t have to be like me, but I hope that I will always be someone she would like as well as love.

My sister just spent the summer teaching kids not much younger than her in Rwanda. I can’t describe how proud I am of her choice, resilience, and maturity. In her letter she told me to remember to enjoy life as a never ending journey. I guess I will take her sage advice and trudge on. Life has been good to me in so many ways, and having someone like my sister to inspire me has been the greatest of them all. 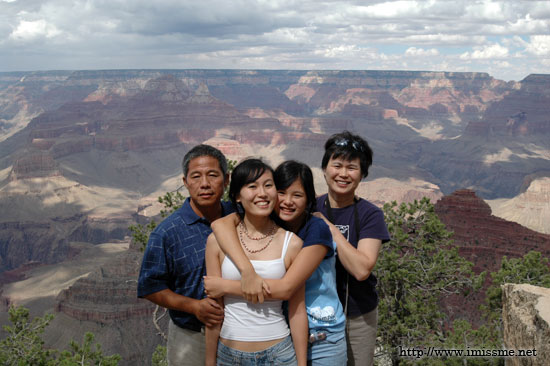 The good life is one inspired by love and guided by knowledge. – Bertrand Russell

One thought on “On being another year older”

This site uses Akismet to reduce spam. Learn how your comment data is processed.

The Divine Bell and the Butterfly

This error message is only visible to WordPress admins

A Brief History of Time